When asked why she writes, her answer is,
“It’s a need, really, like breathing … I have to do it.”
[We can relate! Ed] 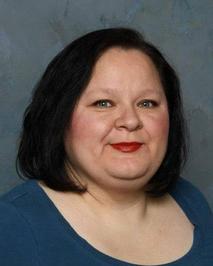 R. J. Davies also known as R. J. Davies Mornix, was born in Sault Ste. Marie, Ontario lived in Toronto for a few years, currently resides in the Sault. She has been writing since she was 8 years of age, (if you ask her mother she would say she was telling stories since she was 6) daydreaming, creating, developing characters, places and tales of woe. Attended Sault College, started out in Police Foundations and then graduated from Computer Engineering.

Constantly researching story ideas, conversations, and scenes in ratty notebooks, napkins and slips of torn coffee stained envelopes. Most favorite questions start off with “What if” … what if this happens, what if that happens, what would it be like if this was real? Or what if that was real? She likes reading theoretical physics books, science fiction and hanging out with her son.

Eric Lawson got a mysterious call from a friend and is out of the office, Dice decides to pick up the slack and take on the open missing person file on his desk. The client is Jason Mawr, the person missing is his girlfriend Adriely Garcia, she was last seen with her ex-boyfriend Jin Chen who is the right-hand man of the local Asian Triad. No one believes Adriely left Jin, is Jason telling the truth?

Before she knows it Dice is in deep … she’s in over her head!