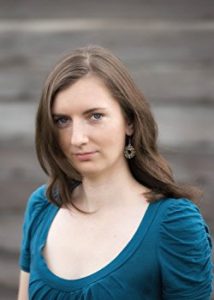 From an early age Miranda Brock has always loved fantasy and adventure everything. Since she doesn’t live in a world of enchanting powers, mythical beasts, and things unbelievable she has decided to write about them. (Although, if you happen to see a dragon flying around, do tell her.) Born in southern Illinois, where she still resides with her husband and two children, she grew up running through the woods, playing in creeks, and riding horses. What started out as writing poetry grew into short stories and eventually led to her first novel, Souls Discovered. Miranda lives in the country where she finds inspiration in the simplicity and beauty around her. With the help of a ridiculous amount of coffee and some good music she writes whenever she gets a chance.

Spin away with young Autumn as she finds a seemingly innocuous gold necklace on her family’s farm and inadvertently uncovers her destiny as “The Keeper.” Autumn’s discovery of the necklace activates “The Window” and alerts both good and evil forces to her whereabouts. Autumn is pulled from everything she knows and tossed into a life of unknowns. Enigmatic enemies called Dehmons hunt her at every turn and if captured the very world she lives in will fall into destruction. With the help of seven Searchers Autumn must learn to use the power she has been given before it is too late.

Will she choose to follow the dangerous destiny thrust upon her?

Will she be able to withstand the temptation of a relationship that could jeopardize everything?

Most importantly, will Autumn be able to find the strength within herself to fight the dead-eyed evil Dehmon souls?