Check out the books,  screenplay and TV series,  artwork, and  clothing designs based on the book themes on D.L. Gardner’s website right here. 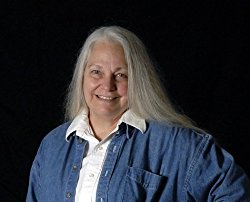 With a passion for a good wholesome story D.L. Gardner also (Dianne Lynn Gardner) dives into the adult and young adult fantasy genres. She is both a best selling author and an award winning illustrator who lives in the Pacific Northwest, USA. Dianne loves a book that ignites imaginations, strengthens friendships, spurs courage and applauds honor. Though she targets her stories for young adults, her books are enjoyed by all ages.

Dianne was born in Ohio and raised in southern CA. She attended Northern AZ University and later continued her education in the Pacific Northwest. She’s an oil painter, book illustrator, screenwriter and filmmaker. She writes under the names of D. L. Gardner and Dianne Lynn Gardner. Her novels have hit the Amazon best sellers list and she has won numerous awards for her screenplays.

You can read the latest reviews of her works and learn more on her website and by joining her newsletter.

Following an ambush at the Upton Rail Station in 1921 Ireland, British troops burn Ailis’ home to the ground and arrest her fiancé, Liam, for murder. She and her younger brother Paddy flee to an enchanted glen. Lured by a haunting song, Paddy is abducted by forest folk. Perilous obstacles, and a questionable stranger, hinder Ailis’ attempts to find her brother or free her fiance, until her only hope for survival rests on the magic of the Fae.