Check out  the works of Bryan Caron right here! 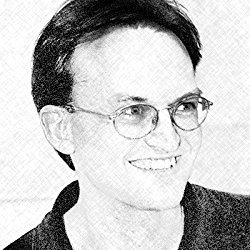 Bryan Caron is an award-winning writer, director, film editor and graphic designer, who has written and directed many pieces in all forms and genres. His favorite genres include science-fiction and fantasy, however he never limits himself, writing in whatever genre that strikes him at any given time. His interest in film directing and editing give him an extra creative outlet, as does his graphic design work (which you can see on all covers and marketing materials of his work, all courtesy of Phoenix Moirai), but his first love will always be writing and that is where he excels.

Learn more about him at www.bryancaron.com, view his design and video portfolio at bryancaron.prosite.com or visit his blog Chaos breeds Chaos for reviews on movies, books and television, as well as thoughts on everyday life, entertainment and whatever strikes his fancy.

Year of the Songbird

“Year of the Songbird,” written by award-winning writer/director Bryan Caron, is an emotional journey exploring one young girl’s passage from the bed of innocence to the grave of immorality.

Set twenty-six years after World War III, Madeline, who lost her sight in a fire as an infant, lives a healthy life in a small Utopian community built as an anti-thesis to what initially caused the war, the history of which has been romanticized to keep the knowledge of sin, corruption and vice from the consciousness of its kin. When Grayland, a stranger from the outside world, stumbles upon the community, Madeline becomes intoxicated by his presence, sensing a connection to him that she doesn’t understand. When he offers her the chance to experience the world she so desires to be a part of, Madeline follows him into a truth she’s not at all ready to accept.

Spiritually resonant and genuine in its conviction, “Year of the Songbird” speaks on many different levels, dealing with the power of addiction, sexual and spiritual awakening, the corruption of labels, how outside influences can devour even the strongest of convictions, and how weakness and vice are more easily attained than virtue and happiness.